History of the Parish

The Parish of Weston Turville has a combined population of about 3,000.

One of the biggest changes is that, where once villagers found employment locally, nowadays many people commute to work elsewhere. Local duck breeders, straw plaiters and prune growers are no more and, although several tradesmen still practise their craft, we now have experts in many 21st century occupations.  However, traces of the old way of life remain.

The village boasts a mediaeval church, dating back to  the 13th Century.   St Mary the Virgin is Weston Turville’s Parish Church – mainly 13th and 14th century, with 15th century tower and roofs.  It has a lively congregation and choir with activities throughout the year to suit all ages.

Since its original 200 inhabitants, the village retains many mediaeval cottages and houses, some dating back to the late 15th century.  Aylesbury prune orchards, straw plaiting and raising Aylesbury ducks were major industries here in the 1800s.

Some unusual village customs have included the appointment of a Boar Keeper for maintaining the ‘services’ of a boar and a bull for villagers.  In 1917 the Parish Council declared war on the house sparrow and rat and offered rewards for eggs, sparrows’ heads and rats’ tails.  The Widow Turpin’s Charity, established in 1736, provided “… groat loaves of good and wholesome bread to be equally distributed by them to the poorest inhabitants of the aforesaid Parish …”.  Today, food vouchers are given instead of fourpenny loaves.

Local duck breeders, straw plaiters and prune growers are no more and, although several tradesmen still practise their craft, we now have experts in many 21st century occupations.  However, traces of the old way of life remain: footpaths criss-cross the village along ancient tracks, children dance round the maypole at the school’s May Fair, and the church bells ring out across the largely rural landscape.

In 1864 Weston Turville was the premier Aylesbury Duck rearing centre in the country.  It was said by Mrs Beeton to be “.. a favourite bird for the table, its flesh being white and more delicate than that of other varieties.”  By 1895 over 20,000 birds were being sent by rail to London every year to sell for 16 shillings a pair. 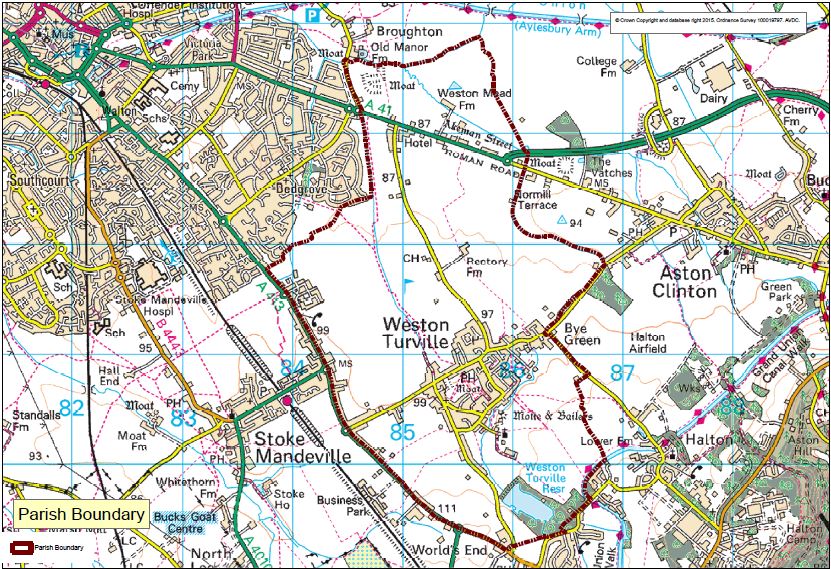